Learn how to send Call-to-Action links to Attendees.

Written by Maryna Paryvai
Updated over a week ago

With our Featured Actions, any Hosts/Admins can send customized Call-to-Action links directly from their event!

When timed correctly, these are great ways to send any Attendees to something or somewhere actionable—maybe to lock in an offer on your own website, or a link to your social media. You can even add Calendly, Chili Piper, or HubSpot Calendar links and launch them as a featured action during the session if you want to schedule a meeting with prospects or customers.

Setting up a Featured Action

From your Chat Box on the right, you'll want to select the plus symbol (+) located near the message box.

Doing so will showcase a few options, including the option to set up a Featured Action. 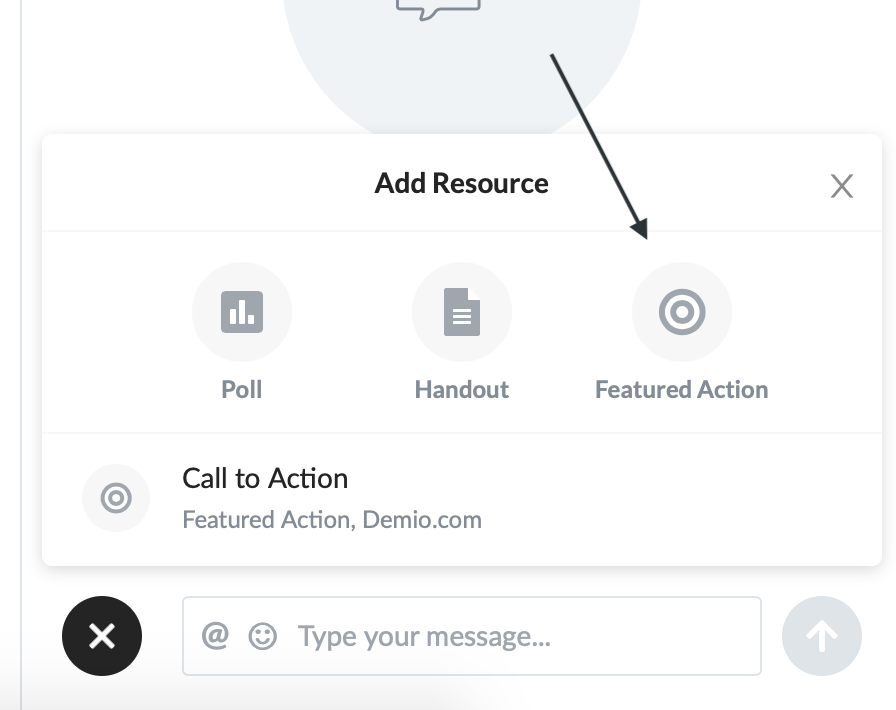 You'll be shown the Add Featured Action window, with a few options! 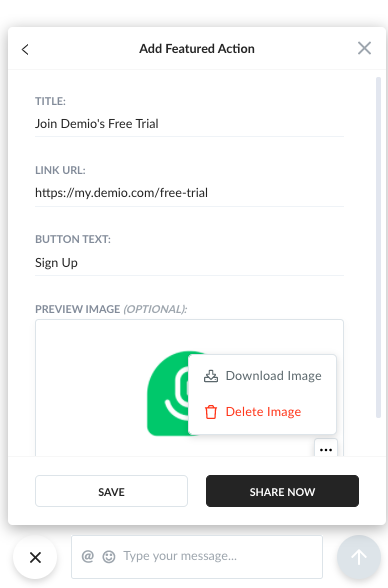 Once your Featured Action is set up and you're happy with how everything looks, you can choose one of two options!

Saving a Featured Action will add it as an Existing action when you select the plus symbol (+) located near the message box. 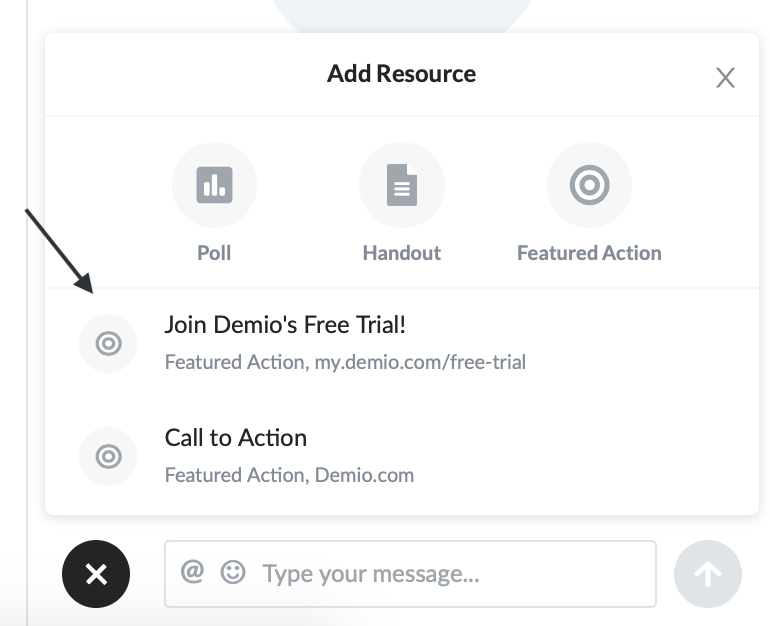 This is a great option for allowing you to create Featured Actions ahead of time.

Now that you have the Featured Action set up, it's pretty easy to share!

When you select the Share Now option, it will share it immediately and the call-to-action will appear directly in the webinar room!

On the pop-up itself, it'll showcase the Title, the Featured Image (if it was included), and the button linking out to your URL. For any Hosts/Admins, it will also show the number of times it's been clicked, including the percentage of Attendees that have clicked it. 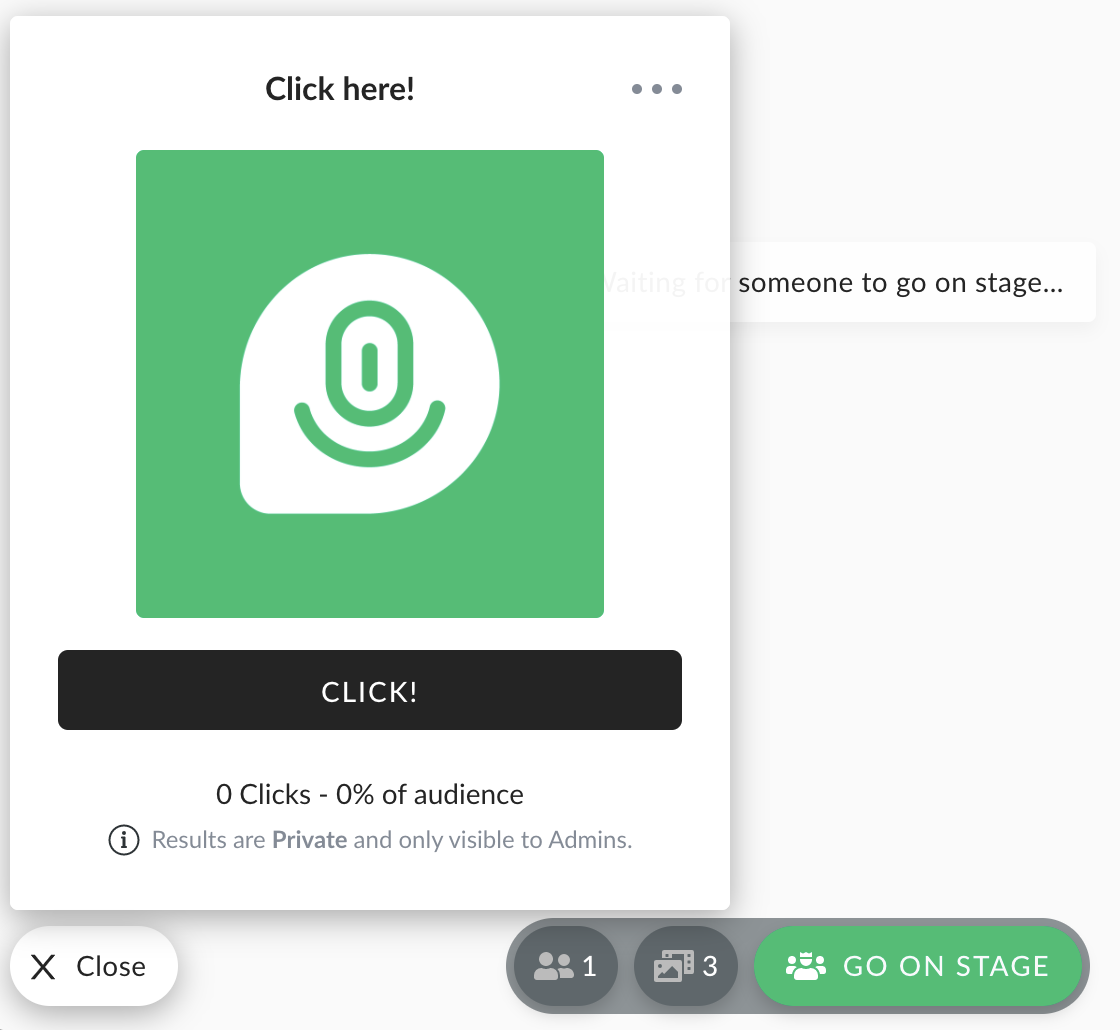 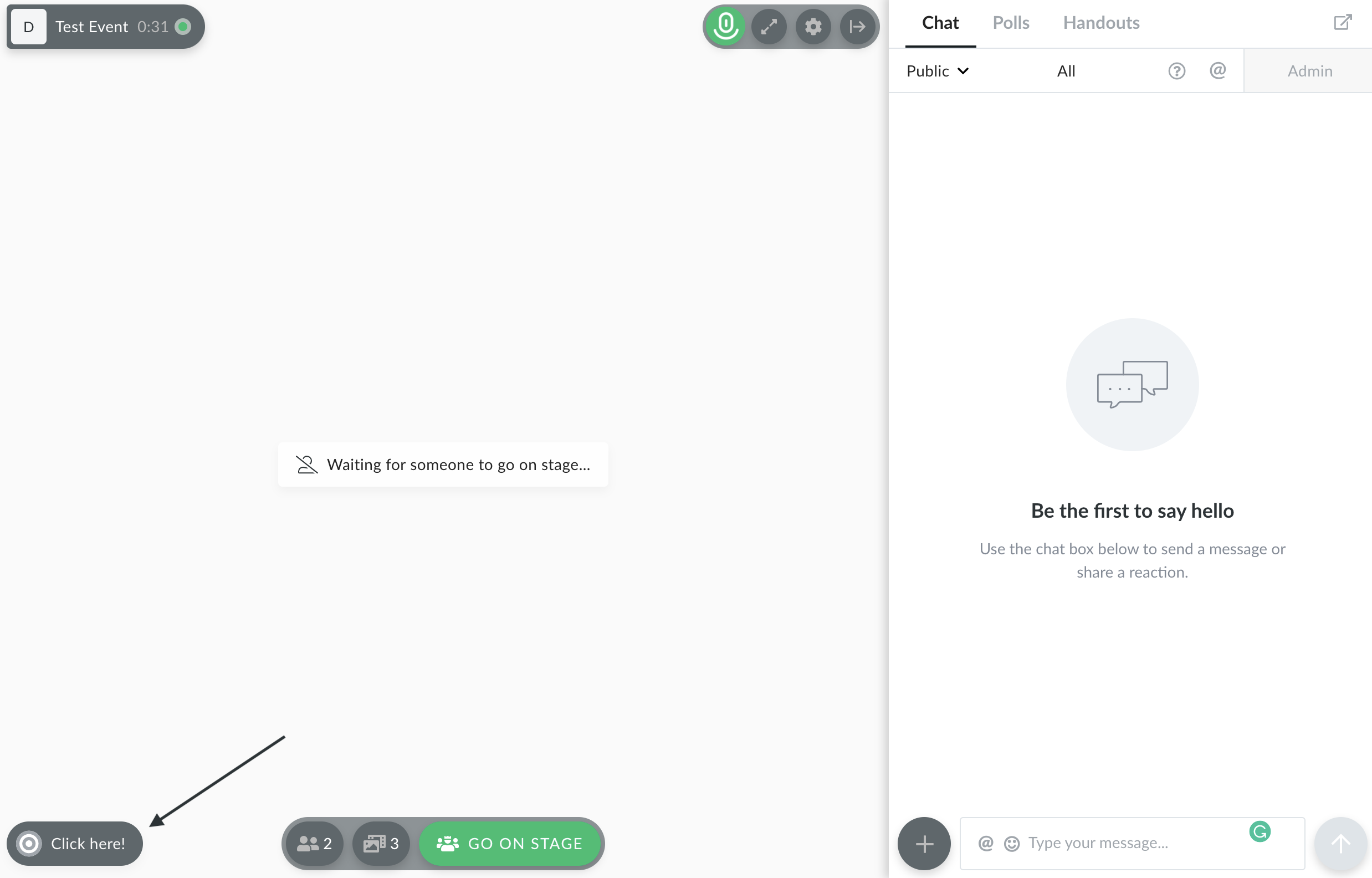 You can also delete a Featured Action after it has been shared.

To do so, click on the action and select More Options (three dots) located at the top-right. You will see the option to Delete Featured Action, which will prompt you to then proceed with removing the Featured Action from your event. 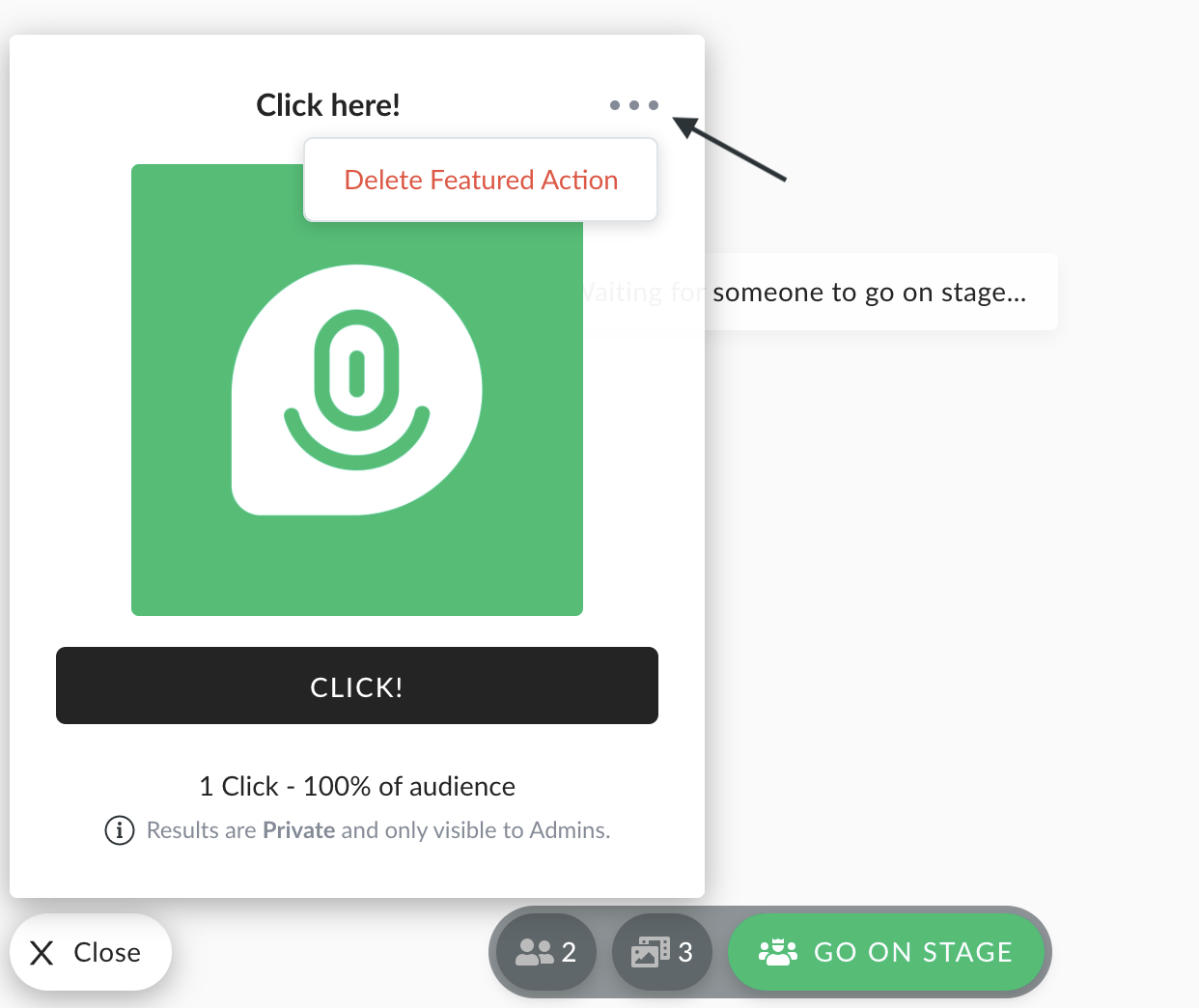 Just keep in mind that once you delete the Featured Action, you will have to set it up all over again.

Did this answer your question?